I was delighted to be asked back to the Marykirk bumps, babies and toddlers group again after first visiting them about 18 months ago when I ran my Kandinsky circles workshop. This time I decided to run two of my favourite workshops for really little ones: the first activity I did earlier this year  – and it was big hit with younger and older children – Visualising Music. It was really great to see so many of the children and grown-ups from Marykirk get involved – although I do think the little ones were the slightly more enthusiastic dancers!! The great thing about this workshop is that anything goes – it’s just so lovely  to see little hands enjoying the chalky pastels, rubbing their hands (and faces!!) into the marks and playing with colour and patterns. Some of the children were obviously moving to the music and creating marks in response to this, others were just happy to be drawing on a wall!  For the really little ones, I had a floor piece so the bum shufflers and crawlers to give it a go too! 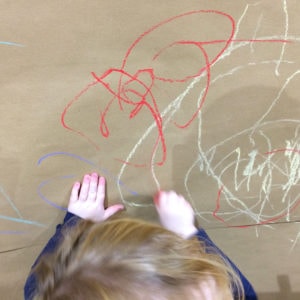 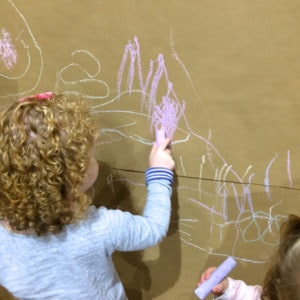 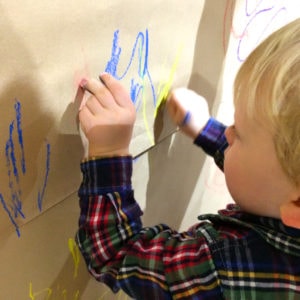 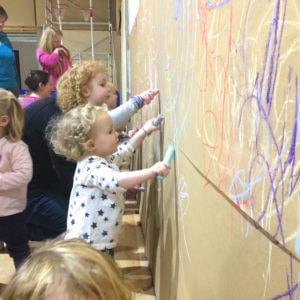 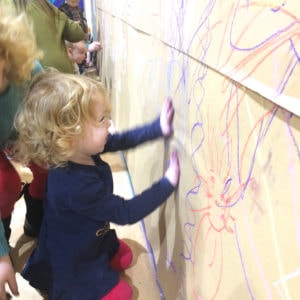 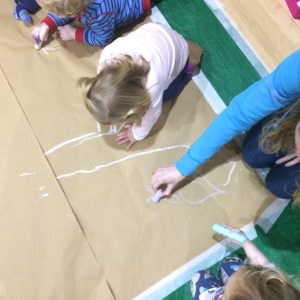 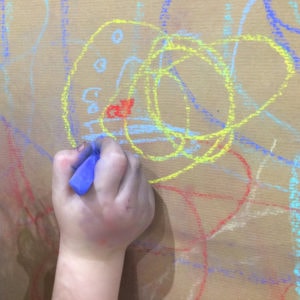 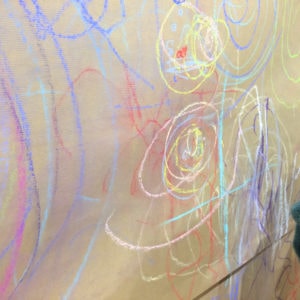 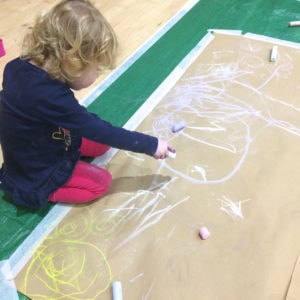 The second activity was set up to encourage grown-ups to enjoy the making process with their little ones – Sun catchers is another favourite – a simple but very effective activity. On the morning of the workshops I went out into my garden collecting specific plants – I chose as many ‘sensory’ plants that were still left in the garden which is changing so much now we are full-on Autumn – but still growing were lemon balm, mint, oregano, lavender, borage and nasturtiums. Choosing these plants also meant that if any of the really little ones decided to put something in their mouths they would be able to enjoy some of the tastes from my kitchen garden!! Autumn leaves and a few sparkles were also there for the older children (and gown-ups!) The children created beautiful ‘stained glass’ sun catchers using bits of the plants as well as colourful squares of tissue paper. The process of tearing, crunching and sticking not only smells great, but is great for little fingers– and the grownup really enjoyed it to –  so many were still engrossed long after their wee ones had gone off to play!! 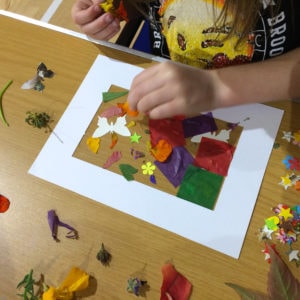 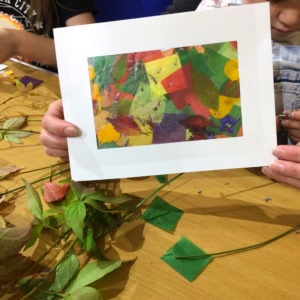 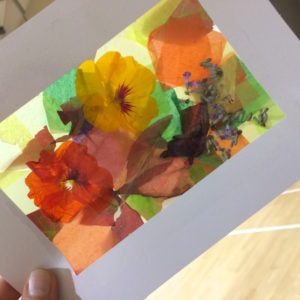 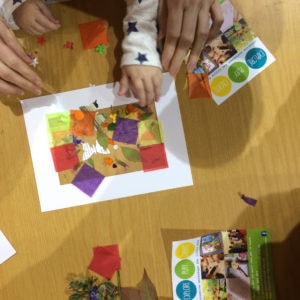 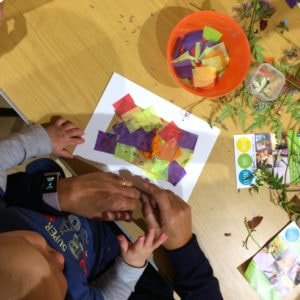 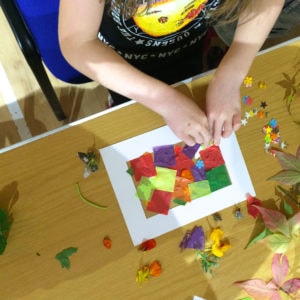 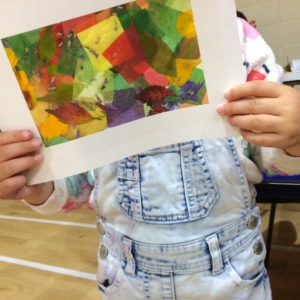 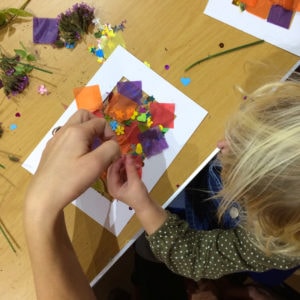 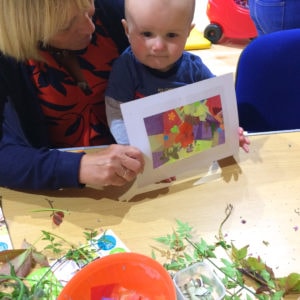